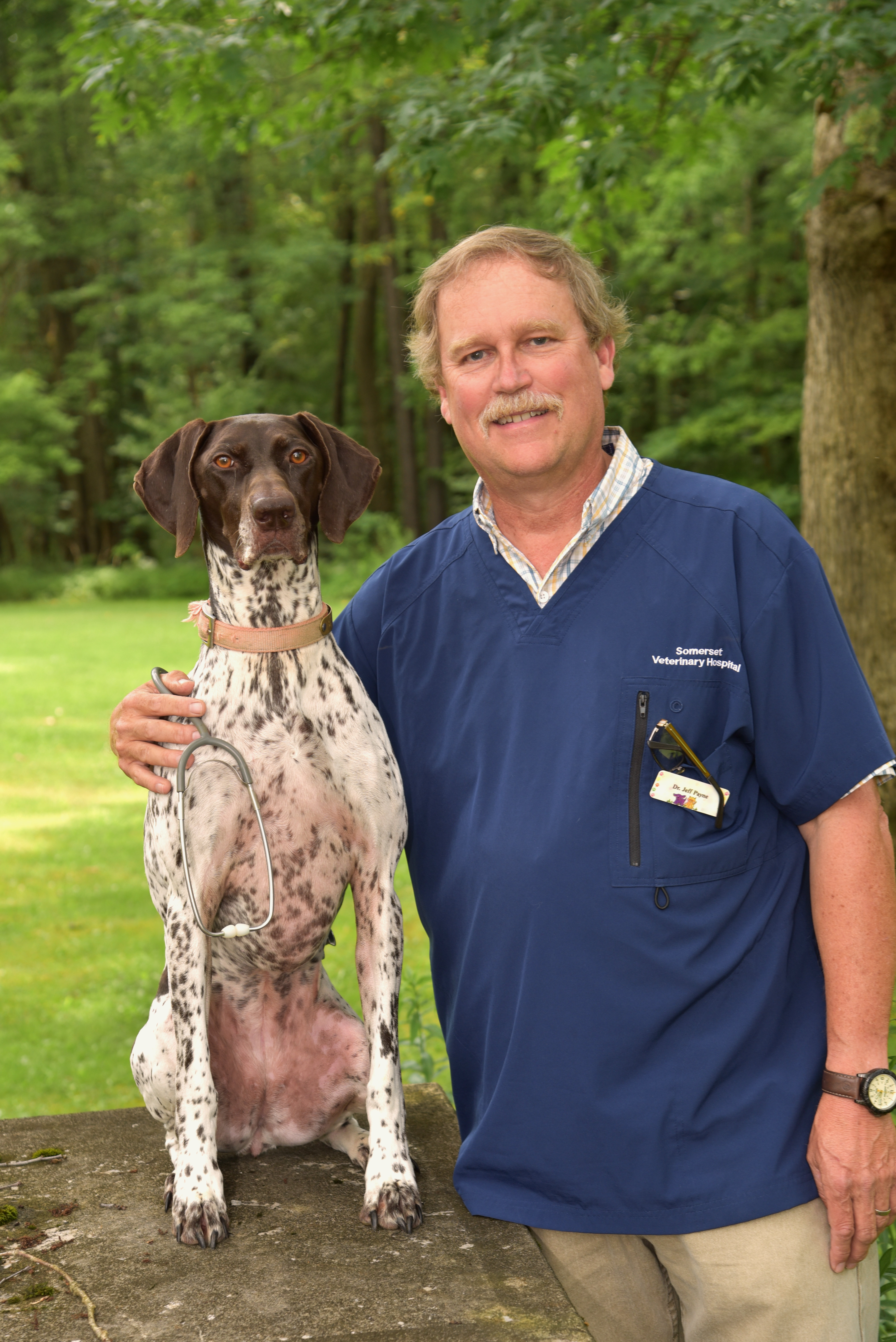 Dr. Jeff Payne attended The Ohio State University College of Veterinary Medicine. He, and his future  wife Retta, graduated in June of 1985, took boards, got married, packed up and moved to Somerset County. They worked at White Oak Veterinary Clinic in mixed animal medicine. Jeff did a variety of work with dairy and beef cattle, horses, sheep, pigs and pets while Retta concentrated on pet animals.

In late 1989 they decided to focus on small animals and on  January 2, 1990  opened the first Somerset area small animal exclusive veterinary hospital. Somerset Veterinary Hospital started as a lease-hold facility until 1993 when they built and moved into their new hospital just one  building north of the original location. They enjoyed concentrating on working with pets and their owners adding new technology along the way to be able to provide the most efficient and up to date care. Meanwhile they raised two sons, Matthew and Christopher; cats D.C., Ben and Willy; a succession of Collies, Spirit, Amber and Belle; Labrador Bear and German Shorthair Pointers Wigeon, Teal and Apple. They enjoyed birding, traveling and gardening on their small mountain farm.

Tragedy struck in 2009 when Retta was diagnosed with fast-acting pancreatic cancer. We lost her in November of that year.

Restructuring took place at Somerset Veterinary Hospital, P.C. in 2011 when Dr. Penny Iliff joined the staff. Then in 2013 Dr. Penny began buying into the practice. This has given Jeff more time to focus on his other interests - traveling with his sons, conservation, birding, hunting and most recently beekeeping.  He still enjoys working with pets and their families and providing both medical and surgical care.

In July 2014 he married the former Carolyn LaBute. They enjoy traveling, puttering in the gardens and fields around the farm, bicycling and hiking in Somerset County and playing with the dogs, Yorkies Kota and Chloe. Dr. Jeff enjoys hunting with his shorthair Sora (pictured), a rather energetic German Shorthair Pointer. 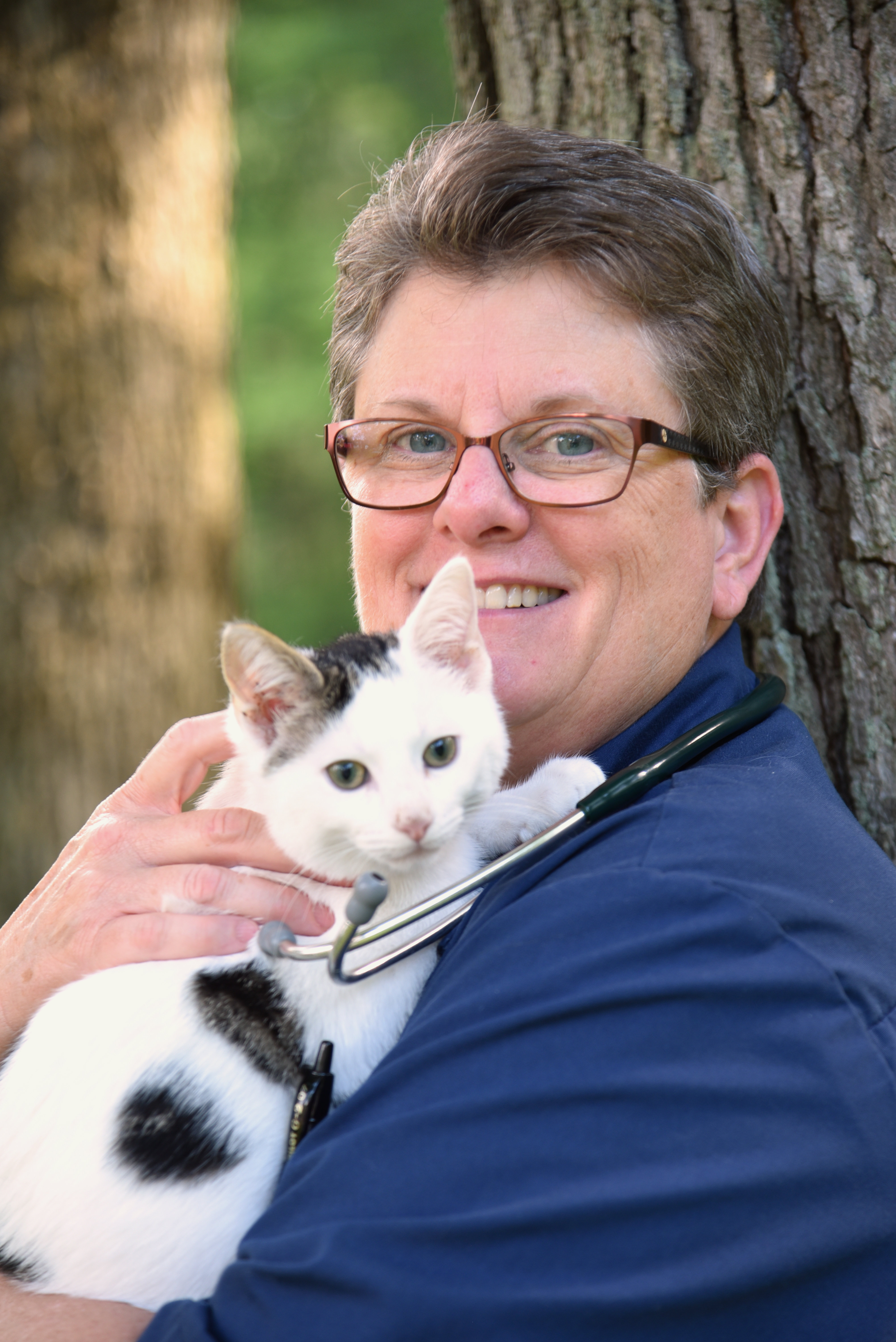 Dr. Penny Iliff is a graduate of the University of Florida.  She was born in Cincinnati, Ohio and was raised in Bradenton, Florida.  Penny worked for many years as a certified veterinary technician before earning her DVM at the University of Florida.  After graduation she worked in a small animal hospital and emergency practice in Tallahassee, Florida.  She moved to Somerset County and began working at Somerset Veterinary Hospital in July 2011. Over the years she has worked her way into ownership and is currently majority owner with Dr. Payne. Her special interests include feline medicine, dentistry and surgery.  She is a member of the American Association of Feline Practitioners (http://www.catvets.com ). She currently has 4 cats (Isaac, Dharma, Rosie and Carl) and 2 dogs (Panda and Fesco).  She enjoys spending time with her family, both human and pets, especially her kitties.